The Devon Cricket Board is responsible for coordinating coaching activity in schools and community environments within Devon.

These opportunities include Chance to Shine coaching in schools, both during the school day and in after-school club programmes. The coaches are also involved with All Stars, Women's Softball and a number of competitions throughout the year.

Devon’s community coaches Damian Price, Jonny Varcoe, Niall Leahy and James Kemp are excited to be able to offer more coaching opportunities to the Schools around the county. The coaches will be available for curriculum coaching, lunchtime/after-school clubs or to help prepare your teams for the winter and summer competitions. If you are interested in receiving any support then please contact them using the details below: 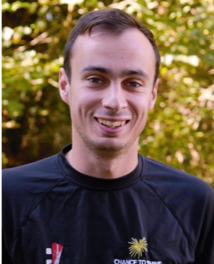 Vicky has an extensive knowledge having lived and worked in the city for much of her life. Previously our Wicketz Officer Vicky is now delivering in schools and support clubs in her role as West Devon Club and Community Coach.
vicky.reeve@devoncricket.co.uk
07535 953216 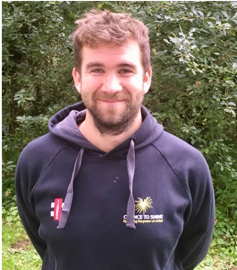 East Devon Club & Community Coach – Damian Price
Damian hails from Somerset where he has previously done schools, disability and youth development work for the Somerset Cricket Board and continues to run one of their Super 1s hubs.
He represented Devon through the County age groups and set up the junior section at his home club of Ilton.
damian.price@devoncricket.co.uk
07498 751676

Niall is from Hatherleigh and has played cricket in the area all his life.
He also works on the Devon Youth Development Programme and has helped out with a number of the Girls County Age Group sides.
Niall plays for Hathereigh CC and has been influential in the success of their junior and womens section.
niall.leahy@devoncricket.co.uk
07508 893666